The Vituso 2 in 1 slider is a very special piece of technology. The slider can be set up vertically and horizontally which might not sound so special considering most sliders can be mounted and set up at different angles. But this slider has a counter-weighted pulley system which allows you to get smooth shots at a constant speed when using it in vertical mode.

You can watch our review of the slider below:

The slider is designed to be used with DSLRs or mirrorless cameras with a weight of up to 8kg. Due to the pulley the slider has two tracks that are each 80cm long. The pulley and the camera carriage are connected with a metal string that is carried on two wheels on top of the slider when being set up vertically. The different weights on the back side of the slider can be removed to match the exact weight of the camera, lens etc. 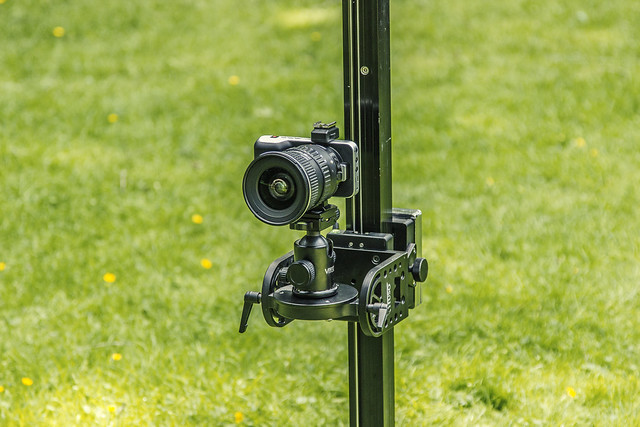 The main reason to use this slider is definitely to capture some smooth vertical shots which works great thanks to the pulley. Of course the horizontal mode works great too but we thought the vertical setup is more interesting because most sliders are lacking such mode. It’s not a small and lightweight tool (the total weight is 9kg!) that is meant to be used by people who travel a lot or people who only take what’s necessary with them but for filmmakers who have some space and time and for professionals who shoot on set .