The Sony a7S II has been around for a few months now and we had the pleasure of testing it for four weeks thanks to B&H. The mirrorless interchangeable-lens camera has a 12.2 Megapixel full frame sensor and an E-mount that takes Sony’s own FE lenses. It shoots video in Ultra HD resolution (3840×2160) at 24 & 30 frames per second (NTSC) and up to 120 frames per second in Full HD.

The video review focuses on the video mode and the film settings, not the photo mode. You can watch the 8-minute review in 4K below:

One important thing that I didn’t mention in the video is that we didn’t use any Sony lenses but Canon EF lenses that we mounted with the Metabones T Smart Adapter Mark IV which is not a Speed Booster. It’s just an electronic adapter but the aperture or field of view is not affected in any way. That means we used our Canon lenses like the 24-105mm or a 50mm prime lens.

The A7S II deserves all the attention it’s getting from camera lovers and professional filmmakers all over the world. It’s not the best 4K right now when only looking at the image quality and codec but it’s a great combination of useful video features and image quality. For me personally one of the biggest issues is the bitrate of only 100Mbps when recording 4K and the 8-bit color space which is even a bigger deal when it comes to color correcting and grading the footage. Quite a few cameras deliver a lovely image but don’t have a lot of settings and features which usually just makes them interesting for shooting music videos or commercials but not for documentary work or shoots that require a small and simple setup. For me that’s the main reason to work with the A7S II. It’s just a great package!

One of the most talked about topics and also most impressive features is the the 5-axis optical image stabilization called SteadyShot. The camera can stabilize shots even if the used lens has no image stabilization. That also works when working with adapters and third party lenses. We used a Canon 50mm lens with the Metabones adapter and manually selected in the SteadyShot settings that the used lens has a focal length of 50mm. And guess what? It worked perfectly! The shots are smooth.

EVF: The electronic viewfinder is something that has only been around since DSLMs were introduced a few years back. It’s especially useful when shooting outside or in bright environments where the display is too dark. The display is crisp and can be moved up and down.

The small NP-FW50 batteries don’t last too long so make sure to carry a few of them. These batteries have been around for a few years now. The RX10 is also powered with the NP-FW50.

Good news for everyone who wants to record with an external device. The A7S II has a 8-bit 4:2:2 4K HDMI output. We haven’t tested that but it sounds promising especially if you need to push the footage in post. The audio quality when plugging an external microphone into the camera is good as usual when using Sony DSLMs. Audio can be controlled manually and the levels adjusted while recording. It has a 3.5mm headphone jack and a microphone input. We shot a few interviews using a directional microphone and the sound quality is very good and almost no hiss is audible but that also depends on the mic itself.

Other useful features include the timecode setting to sync different cameras. The camera has Zebra to see if any part of the image is overexposed and focus peaking is available in different colors plus different intensities. In case you need to shoot in another aspect ratio the A7S II has a few overlays to frame correctly.

Gamma Display Assist fakes a final look by using the Rec.709 standard when shooting in flat S-Log to simulate a final, color corrected look. That is especially helpful when shooting outdoors in bright locations because it’s often hard to judge the flat, grey looking image.

The camera has one card slot and records onto SD cards. HERE is a list by Alik Griffin of cards that are supported and recommended when shooting video. When shooting at 120 frames per second the resolution is set to Full HD. The video quality is very good though compared to previous cameras where the image looks blurry and mushy with a lot of aliasing. There is still some aliasing and moiré visible in wide shots but it’s not a big issue. When shooting at that high frame rate the camera crops 2.2x instead of the usual full frame.

Below are some slow motion samples:

The camera’s sensor only has 12.2 Megapixels which results in less noise which is good when shooting video in low light at a high ISO. And that is where the A7S II shines. The highest available ISO is 409.600! That does not only sound crazy but it really is. But it’s not really useable because it’s just too noisy. I would say that the noise is good up to ISO 80.000 and useable for professional shoots but above that the colored noise is more and more visible. The noise also depends on which picture profile is being used. S-Log2 and S-Log3 will cause more noise because of the high dynamic range which is even more visible after the footage has been color corrected. The major issue here is the relatively low bitrate of 100Mbps when recording in 4K and the color space of 8-bit.

The native ISO is 1.600 when the picture profile is S-Log2 or S-Log3. Shooting below that value is not possible. Even though I wouldn’t recommend shooting in S-Log to people who never color corrected before but it makes sense in the long run to get the most out of the image. While S-Log3 is super flat, S-Log2 is a little bit more contrasty and darker in the blacks. I ended up shooting pretty much everything in S-Log3. The Log profiles can also be customized and adjusted.

Blocking and banding are visible when grading the footage heavily and when S-Log footage is underexposed. The 8-bit color space and data rate of 100Mbps is the cause for that. Getting used to S-Log and figuring out the best settings can take some time but it’s worth it in the end.

In the video below you can see how far the S-Log footage can be pushed in color correction especially when underexposing:

If you’ve shot with an A7 camera before the S II will feel the same. Getting used to the buttons can take a while for beginners but the buttons can be customized which is very useful to adjust everything towards your needs. One thing that kept bothering me is the position of the movie record button. It is (still) at an awkward position and hard to hit. The button is small and on the right side above the SD card slot. But the custom C3 button next to the EVF is the ideal alternative. You can decide which button has which function in the menu. We are a film production company so we usually don’t test the photo functions that much but I really enjoyed taking pictures with the A7S II. Even though it’s not a 100 percent designed for photographers the features and the image detail and sharpness are quite impressive. But I also have to admit that I didn’t try out the A7R II yet which is more like the pro photo version of these two cameras. The A7R II has a 42.4 Megapixel sensor and is meant for photo while the A7S II is meant for video. That’s a simplification but I think it’s easier to understand that these companions are different in a certain way.

Go on Instagram and use the hashtag #fja7 to see some sample photos and behind the scenes shots or check out the photos in high resolution on Flickr: 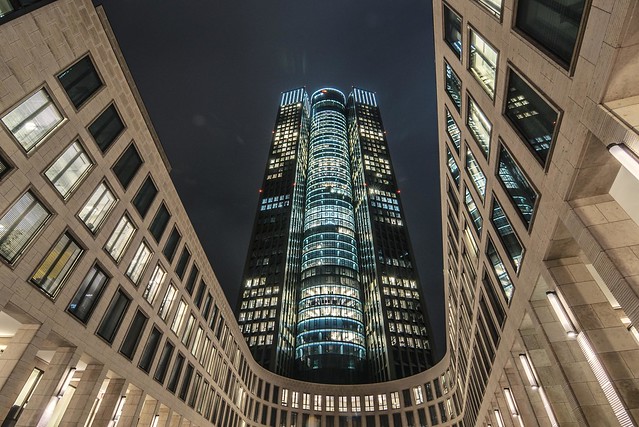 You can buy the Sony a7S II HERE at B&H!