What do you do when it’s raining or snowing? Do you stay at home or do you feel the urge to go out and shoot and capture this kind of extreme weather?

I recently took out the Fujifilm X-T2 on a snowy day in Downtown Frankfurt to film and photograph the first snow of the season. I liked the shots I got even though it was freezing cold and the gear got more than just a little wet.

Below is a video in which I talk about whether or not it’s worth risking gear especially if it’s not officially weather sealed:

Like I said in the video we never broke a camera because it got too wet or any kind of serious damage caused by weather but always be careful especially if you only own one camera. If you are ending up filming and photographing outdoors a lot it makes sense to invest in weather sealed gear. The downside of the Fujinon lenses is that not all of them are “water proof” but the X-T2 body is which is great because I never worried while shooting during heavy snowfall.

On another snowy day I walked around the city and snapped a few shots with the lovely Fujinon 35mm F/1.4 lens which is great for street photography. The photos below were taken with the Fuji X-T2 and different lenses such as the Fujinon 55-200mm tele lens and the Samyang 12mm wide-angle lens. Click thorugh and on the photos below to see a higher resolution version on Flickr. 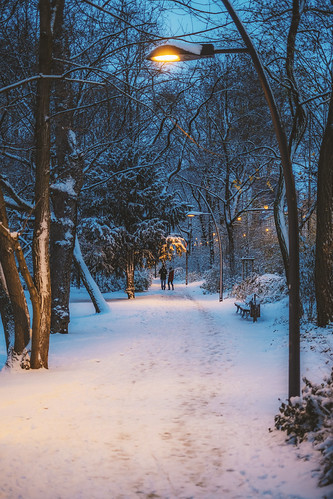 You can purchase the Fujifilm X-T2 by clicking on this link!